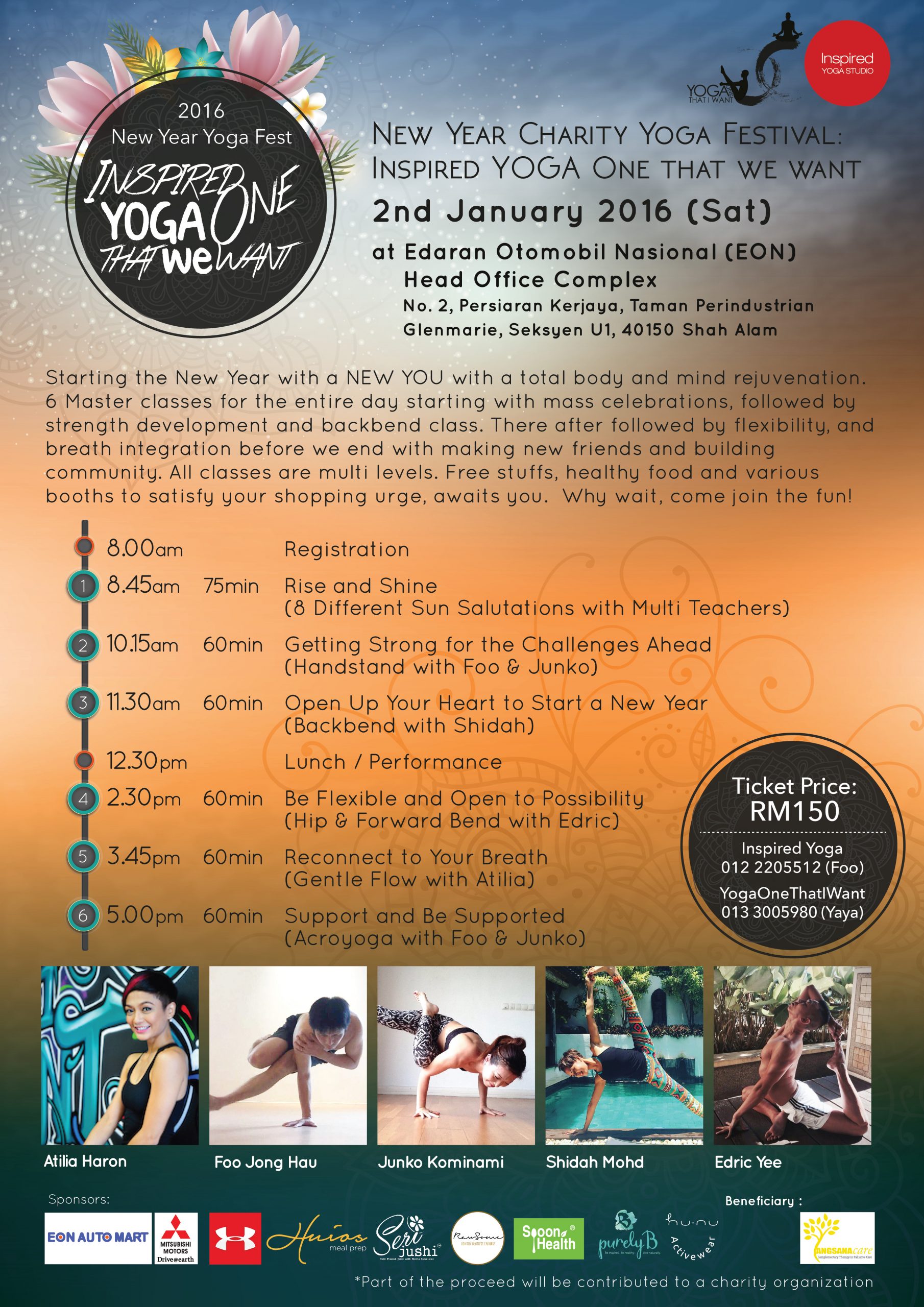 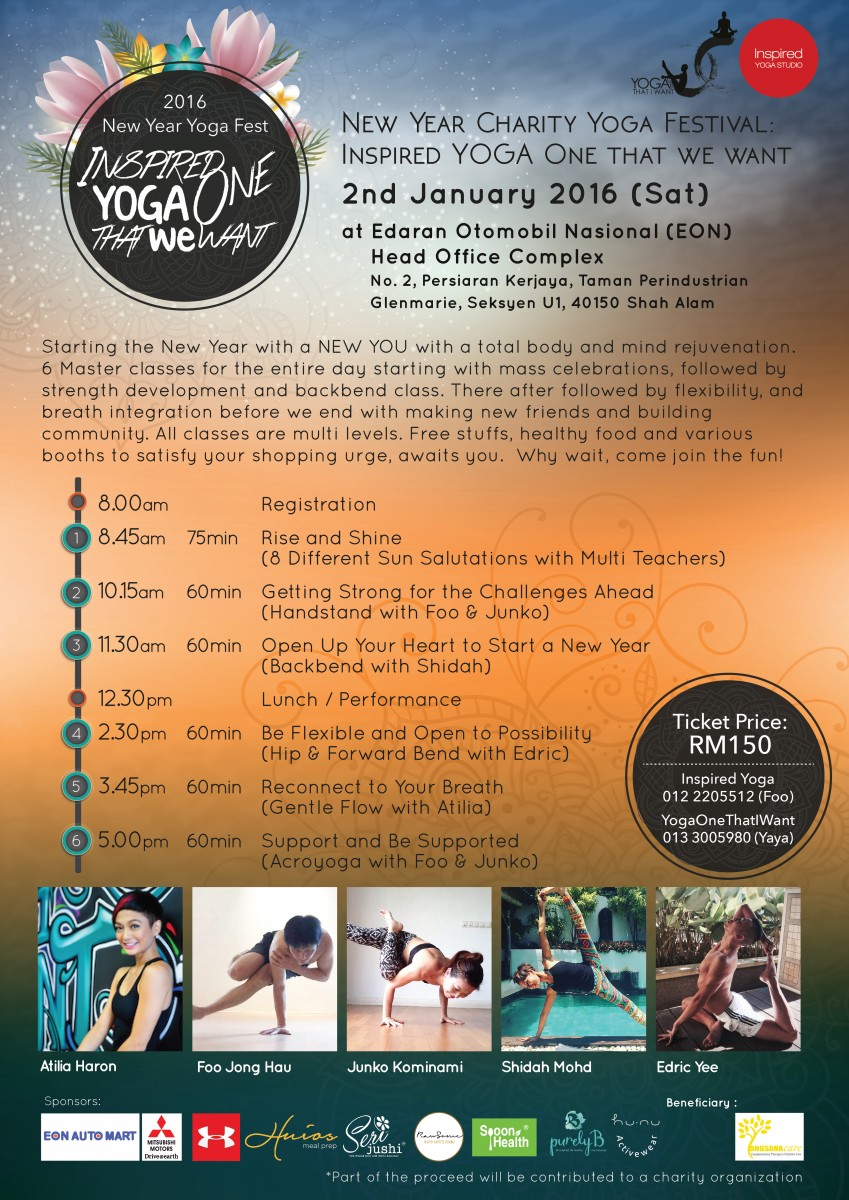 The one day Festival will include 6 Yoga Classes from 8.45 am to 7pm which will be taught by Atilia Haron, Foo Jong Hau and 8 other top Malaysian Yoga Instructors sponsored by Yogaonethatiwant Studios and Inspired Yoga. As a treat to the participants, we will have a special Yoga Performance during lunch break. We expect a turnout of at least 500 people.

Ticket Price is RM150 each. A percentage of the proceeds will be donated to ANGSANACare, ANGSANAcare’s mission is to provide counselling, creative arts and holistic therapies to hospitalised children and families requiring palliative care. They aim to reduce their stress and suffering whilst creating a positive and stimulating environment during their last days. Their vision is to become the leading non-governmental organisation providing complementary palliative care services to underprivilaged children and their families in Malaysia. For more information, go to http://www.angsanacare.org/